With its population of 1,330,141,295, China is the world’s most populous country. The Han Chinese are the largest ethnic group, where some 91.5% of the population was classified as Han Chinese, while the 55 other ethnic groups constitute the remaining 8.5%. 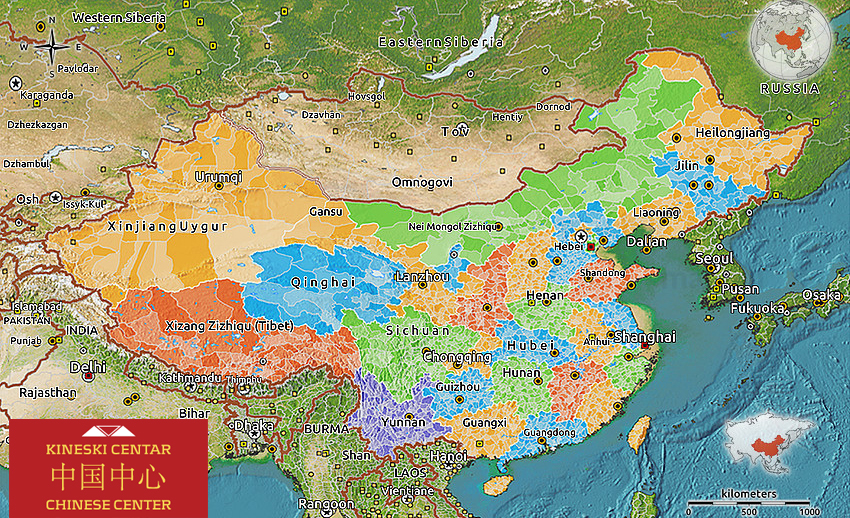 Taoism, plus Buddhism, constitutes the three main religious teachings, Islam and Christianity are the minority teachings, and the main philosophical teaching is Confucianism.

Administrative divisions of the People’s Republic of China

The Chinese civilization is one of the oldest in the world and dates back to 6,000 years ago. However, the first written records of the country can be found from as early as 4,000 years ago. China has dominantly been an empire in its history and seven big dynasties ruled the empire between its reunion in 221 BC and 1911. Besides these seven, the most significant ones, there were also six less important royal families that ruled the divided parts of the empire between 220 and 589. Seven most important Chinese dynasties are:

Regarding the political system of the People’s Republic of China, it has been a communist country since its foundation in 1949, with Mao Zedong as head of the Communist Party of China between 1949 and 1976. However, after his death, Chinese economy and politics undergo reforms, with Deng Xiaoping as the leader. China remains a republic, ruled by the Communist Party, but it gets a different economic system.
Namely, centrally-planned economy is then replaced by mixed economy, sometimes called Chinese capitalism (by Anglo-Saxon theoreticians) or Socialist market economy (Communist Party of China) or Socialism with Chinese characteristics (Deng Xiaoping). Current president of the People’s Republic of China is Xi Jinping (since 14/3/2013) and Li Yuanchao (since 16/3/2013) it’s prime minister.

Regarding the domestic income, agriculture contributes for 10.6%, industry for 46.8% , and tertiary industry for 42.6% of the gross domestic income.
Although China has been strongly advancing economically, it is important to point out that the country is not equally developed. The regions along the coastline of the East Chinese Sea, i.e. east and north-east parts of the country, are undeveloped. On the other side, the continental part of the country, which has not been industrialised to the same extent, is more agriculture-oriented and is not so economically developed.