China as a country has a long tradition, while the first written evidence of the Chinese state that can be found is 4000 years old. During its long history China has almost always been independent and self-sufficient, which enabled the Chinese people to develop a specific culture and tradition. It is very difficult to choose references that would describe its people in the right way, but some of them are Confucianism, Taoism and Buddhism.

Confucianism has been and still is one of the most important and most influential schools of thought in China, its influence being felt and transferred to the entire Asia. The school, which was the first private school in China, was founded by the philosopher Confucius. It is interesting that although his legacy consists of four major works, only one of these entitled The Analects (Confucian Analects Lun Yü) is his work, while the remaining three books entitled  Mencius, The Great Learning Ta Hsüeh and The Doctrine Of The Mean Chung Yung are the works of his students and his grandson.

Confucianism is rather a code of conduct or a general approach to life, than a religion. The most important principles of Confucianism are reflected in the following relations: 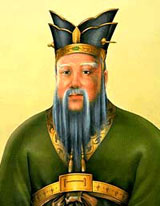 The portrait of Confucius

Although he was primarily concerned with the ethics and philosophy of life, during his life, Confucius also dealt with economic reality, to the extent that he needed to explain the human being and the meaning of life.

For example, he considered wealth as something that can be acquired in various ways, but that can only survive if it is acquired according to moral principles. Also, he believed that the man who is poor must also be satisfied with the conditions of his life, because this is pre-determined.
Confucius believed that there must be production in the society, whereby people’s economic activities must not be restricted. The production depends primarily on the conditions that exist in nature, and the power of nature operates independently of man. If there were additional aggravating elements other than the nature, the population and then the state would not make any progress. In addition to that, he believed that educated people should not be engaged in agriculture and handicrafts, but could be in trade.

It is interesting that his works was recorded the problem of unequal distribution of wealth in society. Although he noted it, he did not give any concrete proposals towards solving it. Therefore, it could be said that unequal distribution of wealth in society is natural. He believed that the rich should be equally rich, in order to avoid mutual conflicts, while those who are poor should accept their state as it is.

It is interesting that one of the Confucian principles that had a huge impact on the Chinese economy was the principle of austerity. According to him, it is necessary, while the taxes collected by the state must be low. He also advocated for low taxes, because he realized that if the state took too much of its population, then there wouldn’t be anything left to invest in production. The production which does not progress also means lack of progress for the country.
The part of work dealing with the specific characteristics of Chinese management gave further explanations of Confucianism, which influenced both the daily lives of people in China, and business practices.

.Taoism is a religion, but, like Confucianism, it is also the philosophy of life. Lao Tzu (Lao Tzu) who lived around 600 BC is considered the founder of Taoism. The book entitled Tao Teh Ching represents the basis of Taoist teaching, the central concept of it being the path, which has several philosophical meanings like the path of life or the path of the universe.

Lao Tzu believed that people should live in harmony with nature. He emphasized the importance of simple living and maintaining a balance with nature, whereby he disagreed with the Confucian belief that the most powerful in a society are the family and the state. He did not believe in laws and taught that the best way of life does not involve taking any strong activities against the nature. 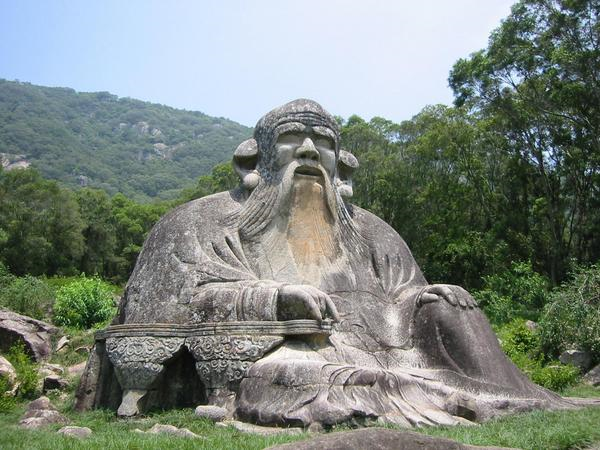 The stone statue of Lao Tzu in Fujian province, created during the reign of the Song Dynasty
(960-1279)

The three principles (gems) in Taoism are compassion, humility and moderation. Taoism is the most recognizable in the world’s by the symbols of Yin and Yang. Among other things, Taoism promotes establishing harmony with nature, spiritual immortality, the existence of virtue and self-development. Practicing Taoism involves the use of meditation, Feng Shui, fortune telling and reading and repeating the parts of the book Tao Teh Ching.

Under the influence of the Cultural Revolution, Taoism has lost its power it once had, but is still practiced in China. It is not uncommon for people to practice at the same time Taoism and Confucianism, or Taoism and Buddhism, or Buddhism and Confucianism. When they declare at a census concerning their religion, the Chinese usually opt for the religion that is closest to them.

Buddhism is a religion that appeared over 2500 years ago, and its founder is Sidartha Gautama (Buddha). According to the number of followers this is the fourth religion in the world, with more than 300 million believers. Buddhism came to China in the first century, but the flourishing of this religion was recorded during the Tang Dynasty (618-907. A.D.). 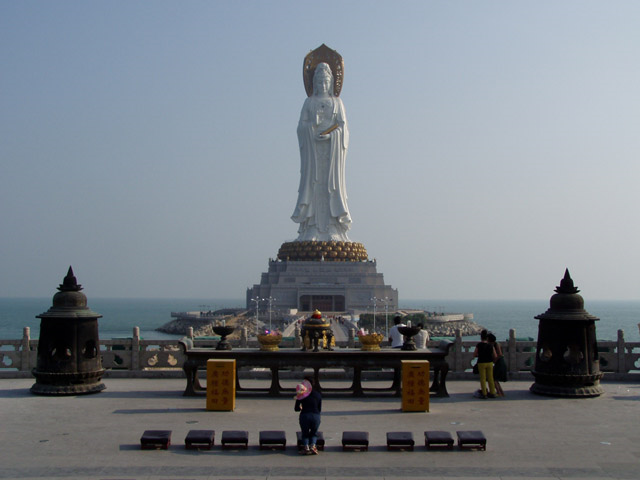 Buddhism represents a spiritual path of knowledge, major virtues in Buddhism being wisdom and compassion. According to Buddhism, the entire existence, birth, old age, sickness or death are suffering. For a man to become free from suffering, it is necessary to pass into nirvana. Buddha’s nirvana is the liberation of existence, i.e. it is a condition that ends the path of suffering and pain in this life. Efforts to reach nirvana are based on high ethical code, The Eightfold Path. The Eithfold Path is achieved through eight stages of high moral code, with the first stage in fact being the instruction for benevolent behavior of people towards all living beings, while the other seven stages are based on meditation and discipline.

Given that some teachings of Buddhism contrasted Confucianism, the Buddhist books were translated in a different way than they were written, in order to be more in harmony with Confucianism. Buddhism in China has three major sects: the Chinese, Tibetan (Lamaism) and Theravada Buddhism.

Communism has led to a reduction in the number of members of this religion, but their number is increasing today. Also, a number of Chinese people who lived outside China continued to practice this teaching.